ARP – The Fastener of Champions

Today, ARP’s product line contains of thousands of part numbers, and has expanded to include virtually every fastener found in an engine and driveline. These range from quality high performance OEM replacement parts to exotic specialty hardware for Formula 1, IndyCar, NASCAR and NHRA drag racing and marine applications.

As a matter of fact, ARP’s customer list reads like a “who’s who” of motorsports around the world. In the past several years, virtually every major championship on the planet has been won with engines prepared by ARP customers. 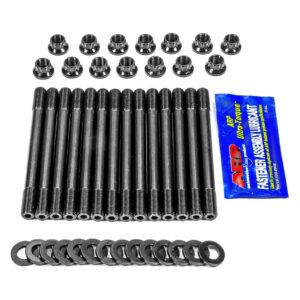 And so it goes. ARP works closely with many, many teams as a supplier of engine and driveline fasteners, and has clearly become recognized as “the” preeminent source for serious racers.